This Road Don’t Go to Aintree

There are a lot of things I remember about the various trips I took down the Chattooga last summer.
I remember quotes and debacles, hilarity and shenanigans plus a fair amount of respect for my compadres.
But when I think back most often to the Chattooga, it is the healthy respect for the river itself that I feel most pointedly.

Like mountains and people, rivers have personalities of their own. I liken the demeanor of the Nantahala to a good-natured hilbilly…pickin ‘n grinnin. The Ocoee reminds me of a bull-rider; it’s as fun as it can be dangerous, but feels safer in the company of a dozen clowns.

The Chattooga, by comparison, has more of an animal quality; it never lets you forget that for all man’s attempts to tame it throughout history, this river is wild. That trait is rare among southeast rivers, and at times, the Chattooga seems to want to prove this point. The point is always well taken. 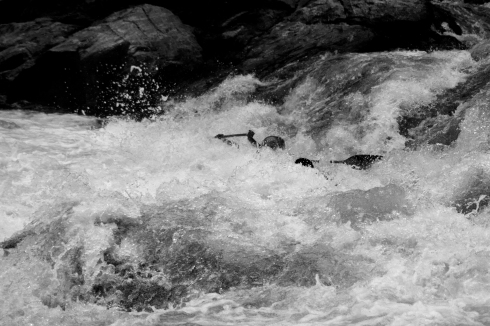 I’ve never taken a really-bad spill on the Chattooga. A few missed braces in canoes on section III, and a dump-trucked raft on Sock ’em Dog (see video here) round out my carnage stories. But my respect for the river’s wildness has not been diluted. Perhaps it is my memory of  stories recalled by river veterans about each near-miss, injury or fatality conveniently told after each run, but I prefer to think my respect wells from a place more primal. 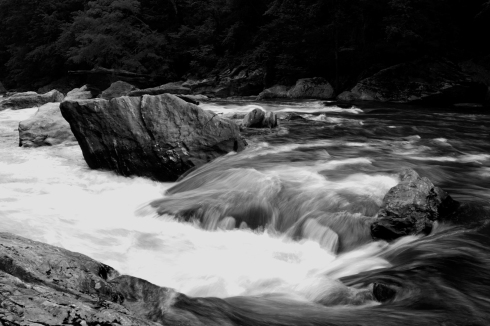 Even now, as I look at the photos I took during my first trip down the Chattooga river, I can feel my breaths become shallow and my neck stiffen. This river makes me nervous.

But I love it. I love the Chattooga the way I love wolves and moose and grizzlies in the west; I love it for its wildness and for the respect it commands, demands and receives. And I’d love to run it again soon.